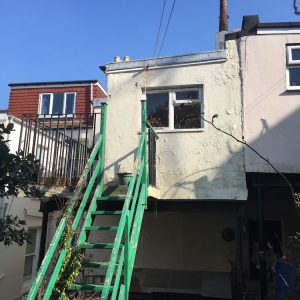 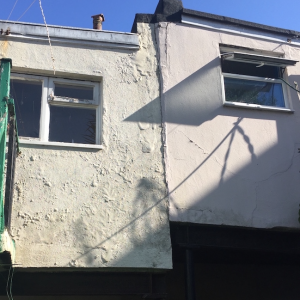 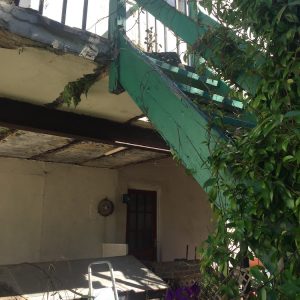 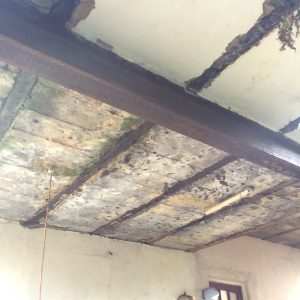 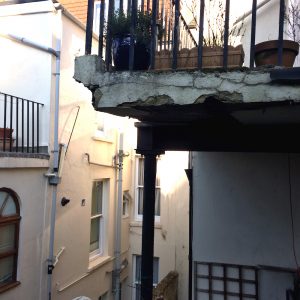 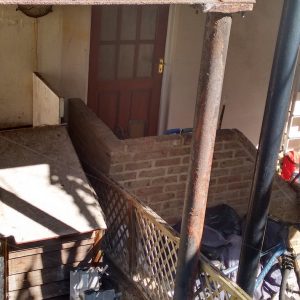 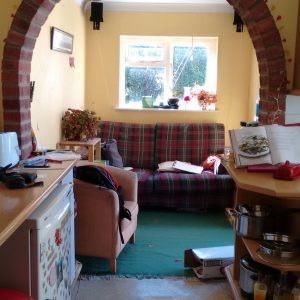 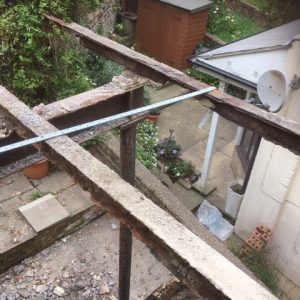 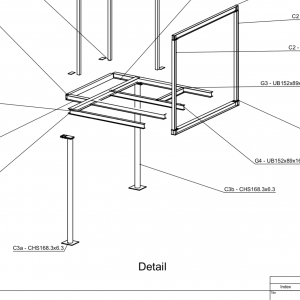 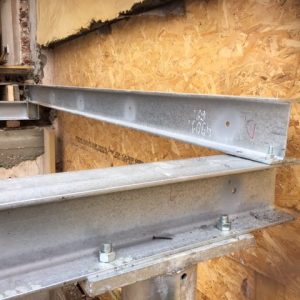 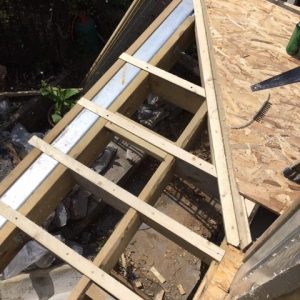 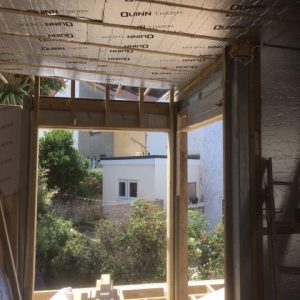 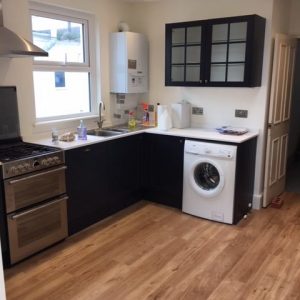 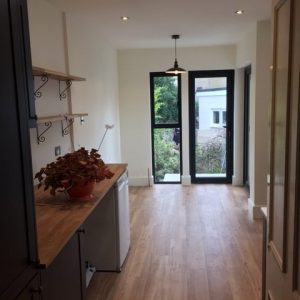 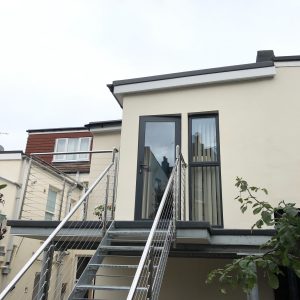 We were approached to help with this rebuild project, as we aren’t fazed when things get complicated. And this was by no means a straightforward rebuild!

Our client needed to replace their first floor flying extension; the existing cast iron work was delaminating (this is where a material fractures into layers) and the structure was becoming unsound.

The existing layout didn’t maximize the potential space internally, and the glazing didn’t bring in much light. The old building was also poorly insulated. So the rebuild offered an opportunity to address these issues.

Our work started with a full survey to understand the scope of the works, and for us to draw up the building ready for the planning stage. Next, we developed the project brief, advising the clients on what was possible within a tight budget.

The other major factor was that all the building materials for the demolition and the rebuild had to come in and out through the house 2 flights down to the road as the garden was land locked.

We started coordination with the structural engineer at the planning stage. This was to ensure that we could achieve what was required. One of the constraints of this project was that everything had to come in and go out through the front door, involving a flight of stairs, making it a bit more complicated for the builder.

During the planning stage we managed to negotiate more glazing than was originally thought possible, gaining a positive outcome for our client.

Legally, there were challenges too. Our client’s works would directly affect three neighbours, so helping the client draw up Party Wall agreements formed a big part of our work. We met with those affected, to discuss how the works would be carried out and impact them, giving them confidence going forward.

As specified in our submission for Building Regulations approval, part of the works would include replacing all of the rear walls with modern levels of insulation. The roof would also be replaced and insulated.

Once we’d secured the go ahead from the Planning Department and Building Control, our client then managed the tender process themselves, with support from us as needed to avoid the initial pitfalls and respond to builders’ questions.

The existing structure was fairly rotten and we were amazed there was not more cracks and signs of failure, the builder was shocked at how dangerous it was when they were taking it apart! The new steel work designed by ZAL Engineers now supports the new structure and should last a lot longer. The builders did a great job given the constraints, we think the final works looks great and provided a more usable space that’s safe and warmer than before.

We are really pleased with the build. It looks amazing - just as we’d imagined, if not better - and was done within the budget we’d hoped for. Thanks very much for the continued help, advice and support from the Cityzen team throughout this project; you were all very kind and patient. We love what we have now!